There seems to be no way to defeat Wee Bull! Are there any tips?

Gather as many shuriken as you can and throw them all at Wee Bull ASAP (if you visit the secret areas you’ll have around 30 - the secret areas are at the end of the sewer if you go ‘under’ the ladder, and at the end of the boardwalk a hold takes you to a desert island). Then you have to master the ‘backing off’ technique; hold down the ‘sword’ key and back away. You then run around behind Wee Bull and do the same.

Even if you play the game on ‘INSANE’ mode, defeating Wee Bull is difficult, but rest assured it is not impossible!

In a tragic move, Adobe killed Flash. So, to play this game, I recommend Ruffle. On my Mac, this game seems to work OK in Ruffle. 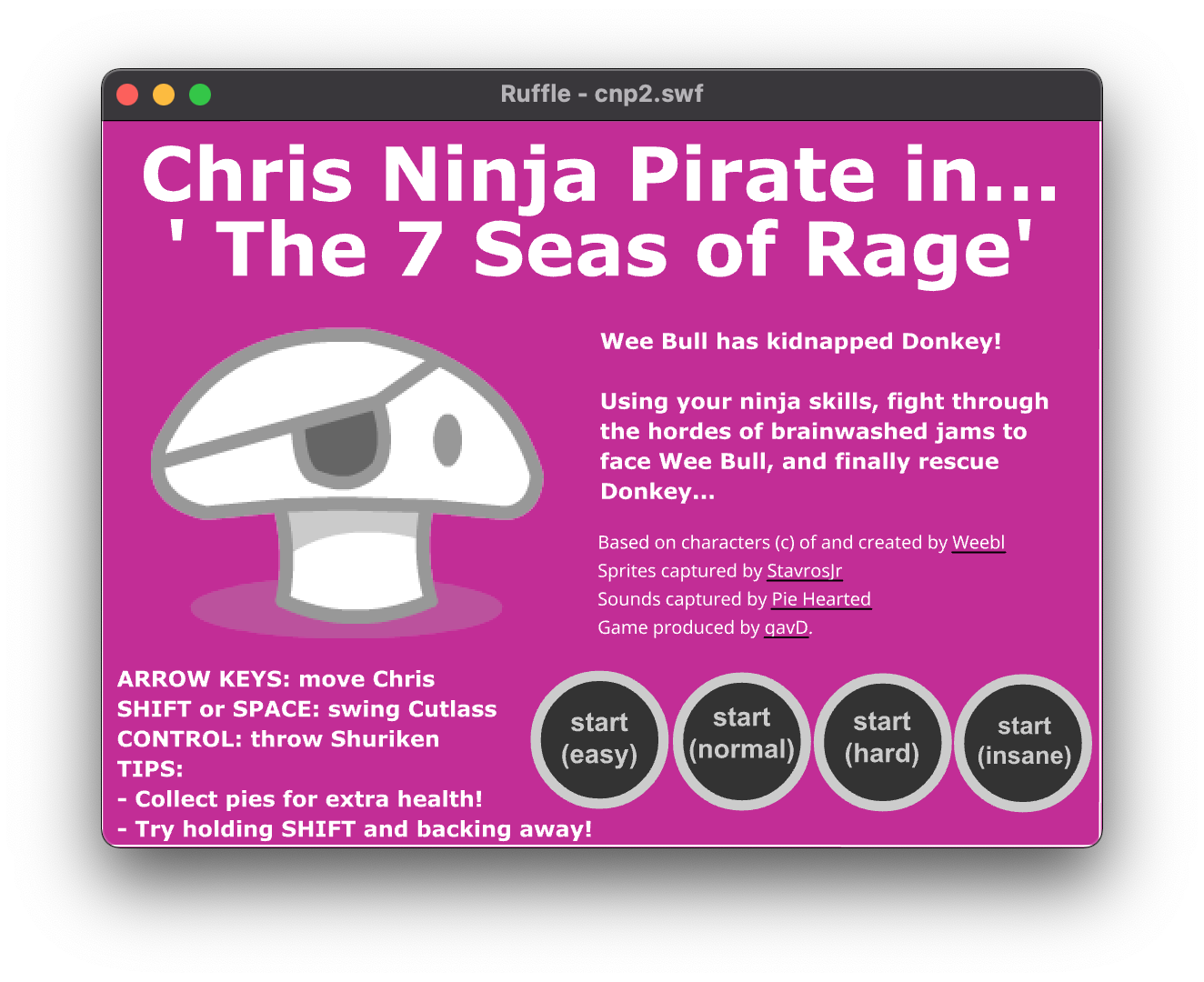 In case you do have Flash installed somehow, here it is below:

I didn’t create Weebl and Bob, their likenesses or whatever, I just wrote these games as a tribute to a cartoon that makes me laugh.