QBasic game where you have to break your mates out of an insane asylum so you can cause havoc in a nightclub.

QBasic game I made on PC. Pazzman was a character my friend Karl and I invented. We used to make “Pazzman magazines” where Pazzman did terrible things, and we’d laugh ourselves sick.

Pazzman 2 included an idea from my mate Davey J. In Pazzman 1, the animation was done by “sleep 1”, so a second between each frame. I couldn’t find a way to animate (I barely knew QBasic!) and Dave suggested “hey, use a very short play sound with volume zero” and what do you know, it worked! Single threaded for the win!

The engine for Pazzman 2 is better than Pazzman 1, but it still uses line numbers and GOTO for just about everything! There’s a lot of copypasta. A tiny part of me wants to refactor it! 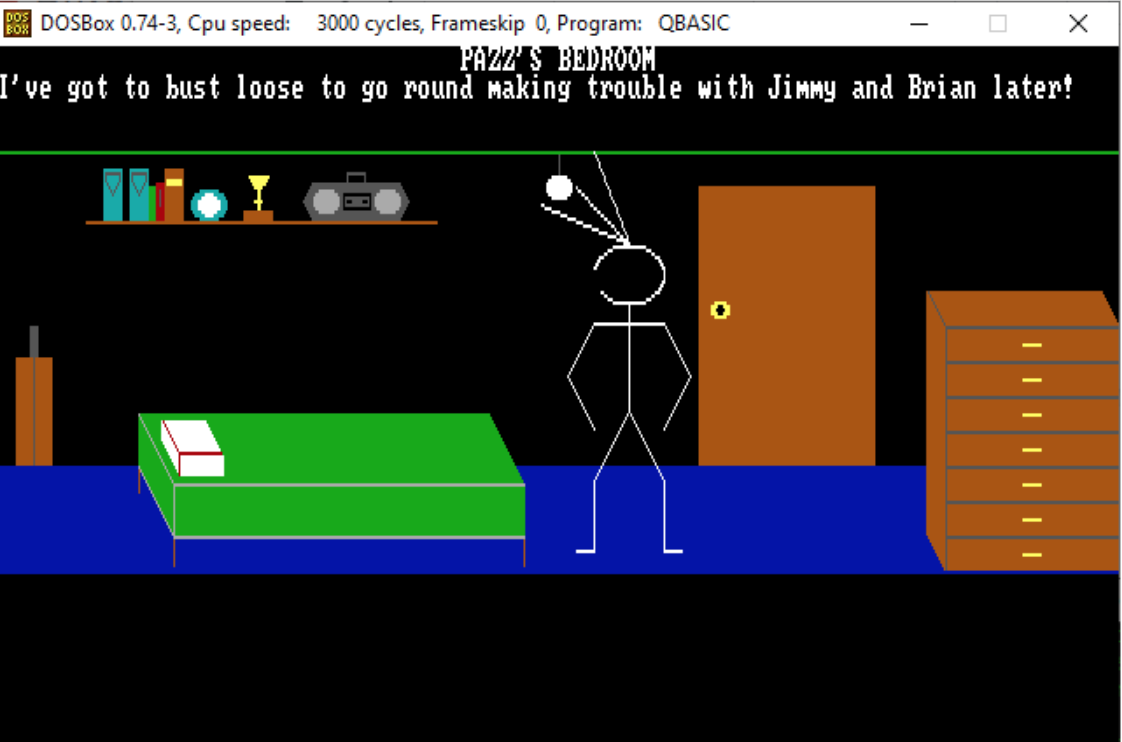 The setup for the game is totally ridiculous 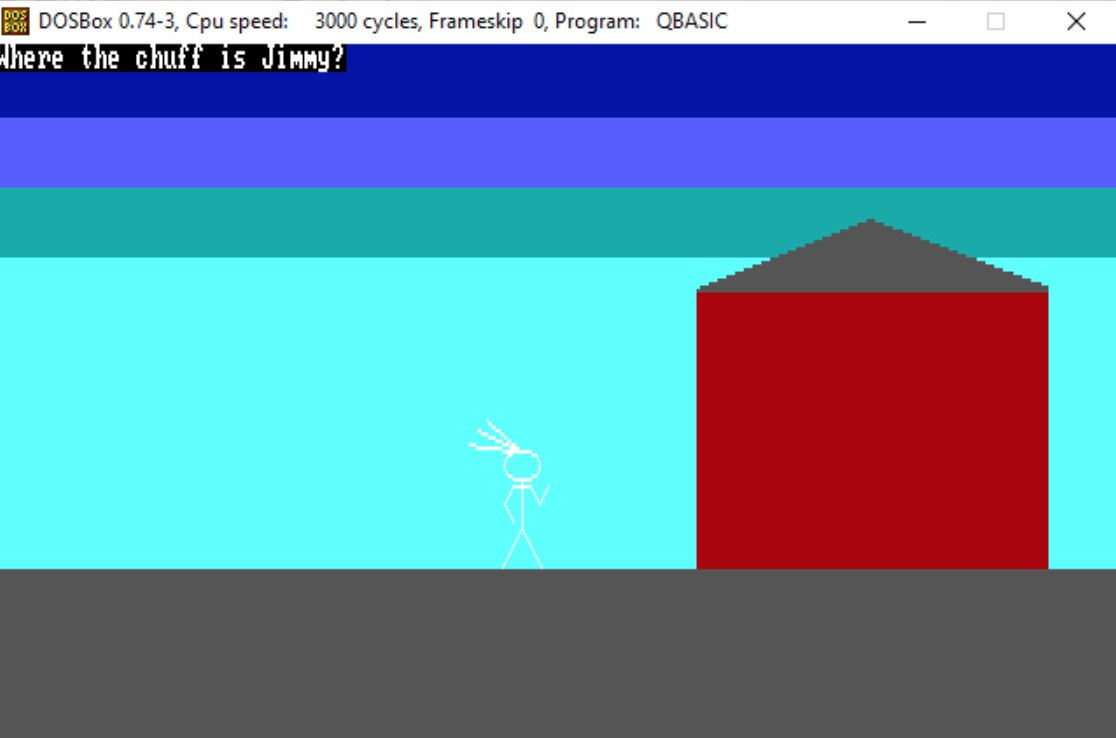 Pazzman aggressively asks where his friend is 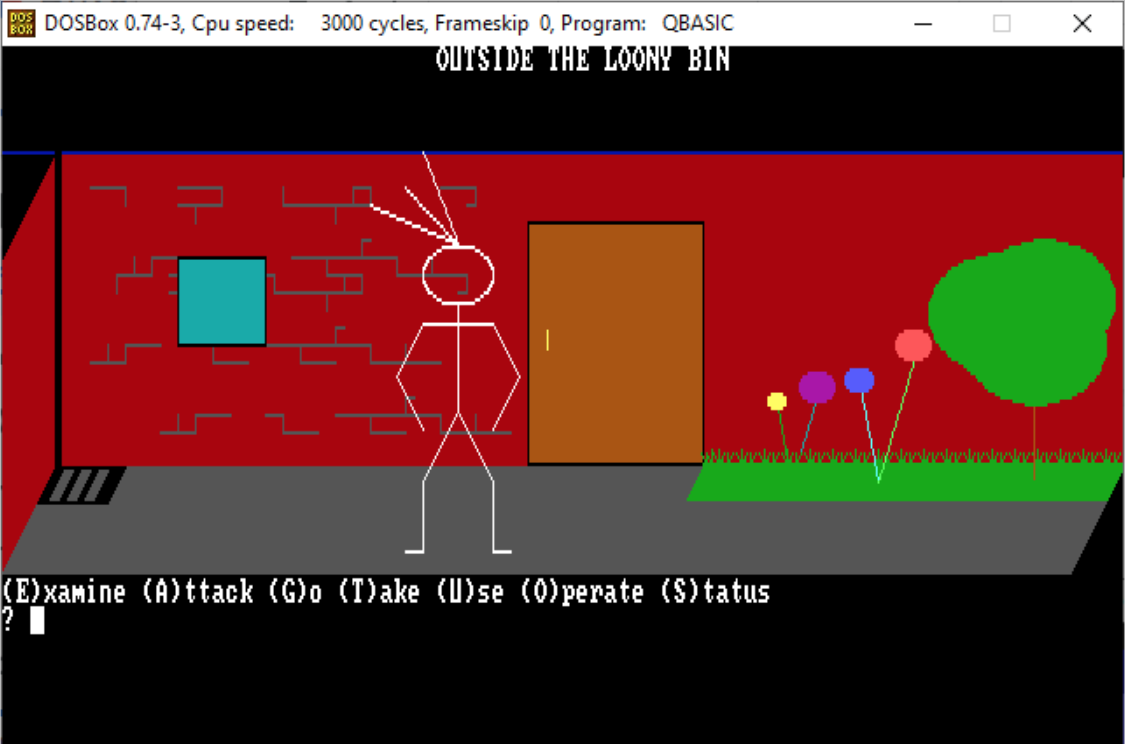 On arrival at “Bin Loone”, Pazzman sets about breaking in 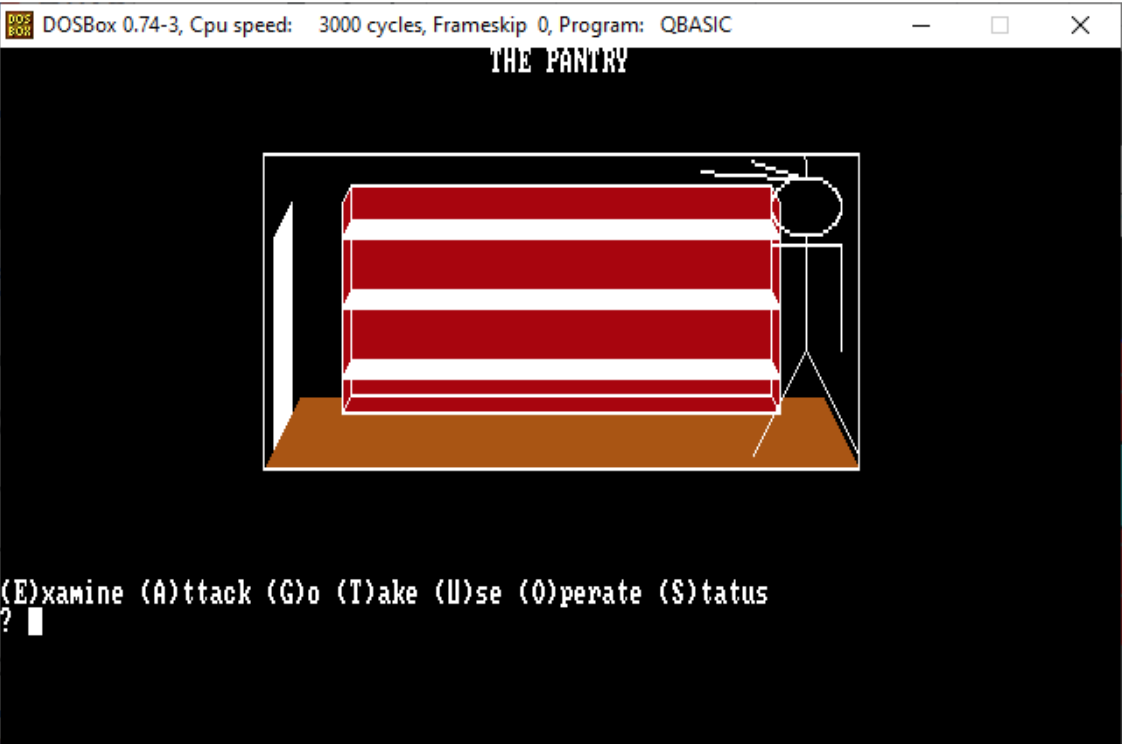 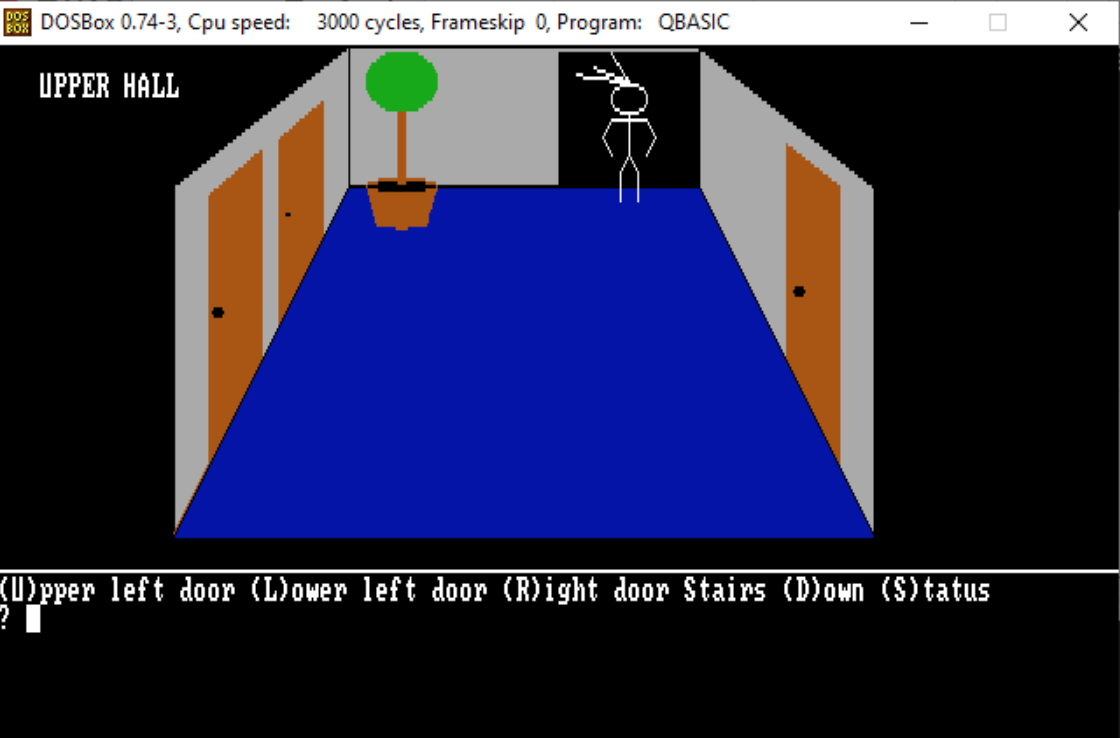 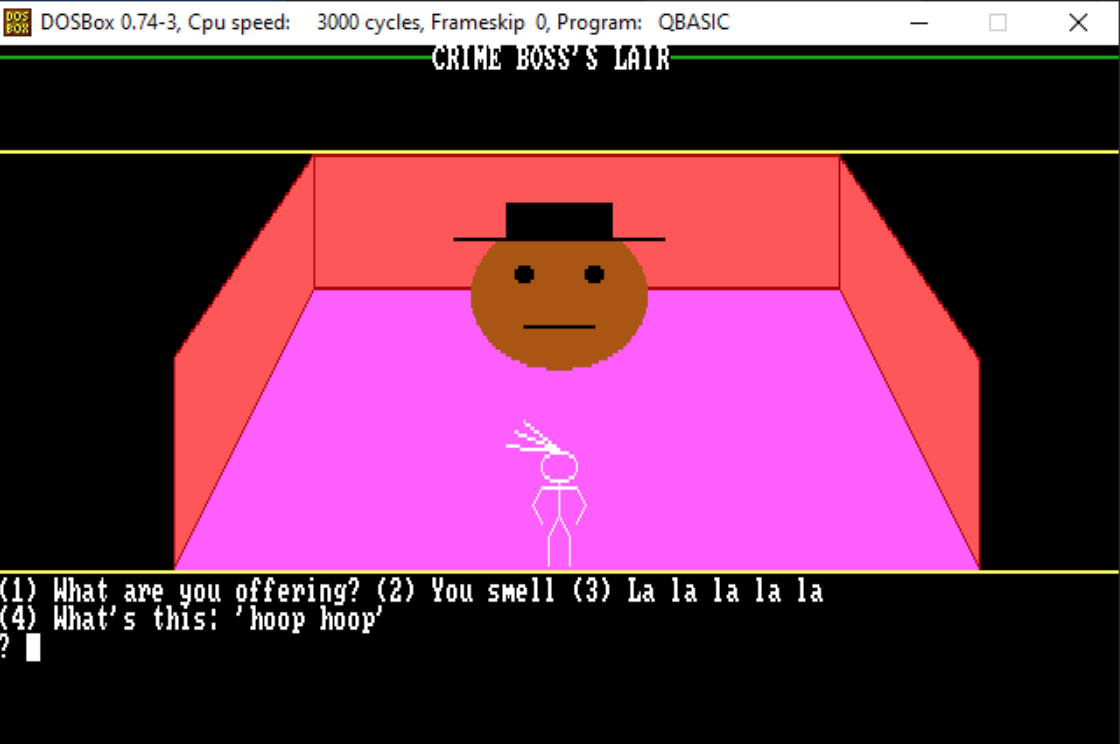 The end boss of the game