I made an Arduino based drum machine using Euclidean sequencing, so it’s capable of some polymetric funk!

Video of it in operation:

This project is an Arduino DIY drum machine, based on the Mozzi open source library, which uses 8-bit samples. It uses 3 channels, each with 3 selectable voices. Each voice has a pattern selector to choose sequence length and number of beats. This uses Euclidean maths, a bit like a simple version of the Euclidean Circles module.

So, for example, you could have channel A playing a pattern of 16 steps, with channel B playing 7 steps. This way, you can get polymetric rhythms. 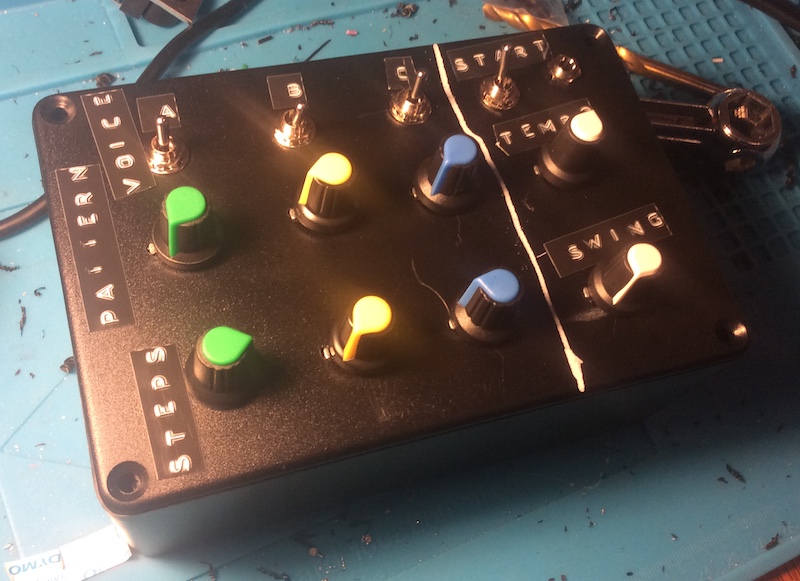 It comes loaded with samples taken from a Yamaha DD-5 digital drum machine, but you can load anything you like!

You can build it any way you like using whatever case you want! I’ll show you how I did mine.

(you could modify the software to hard-code tempo and swing if you’re using an Uno, to free up two analog inputs)

Here is a Bill of materials (BOM) for the components as I’ve used them:

Here’s an example of how I’ve built mine, excuse the poor photos, I don’t have a good camera: 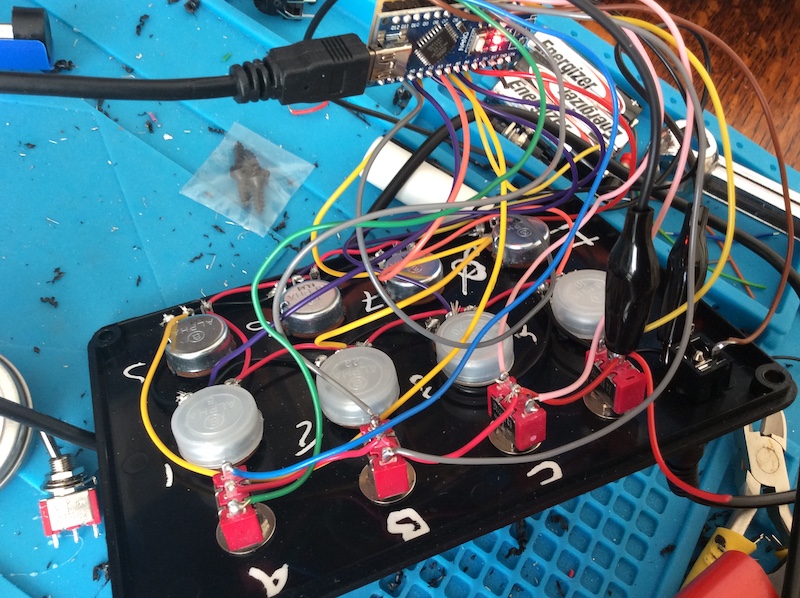 I drilled hole into a plastic case I bought from Bitsbox.

Note that the switches are all in pullup mode, so, although I used a red wire, they’re going to ground. In this image, I’ve also croc clipped the negative rail from the jack to the rightmost switch. It’s a work in progress shot!

If you want to load your own samples, you’ll additionally need:

You can load whatever samples you like into this box!

Any sample for conversion must be: 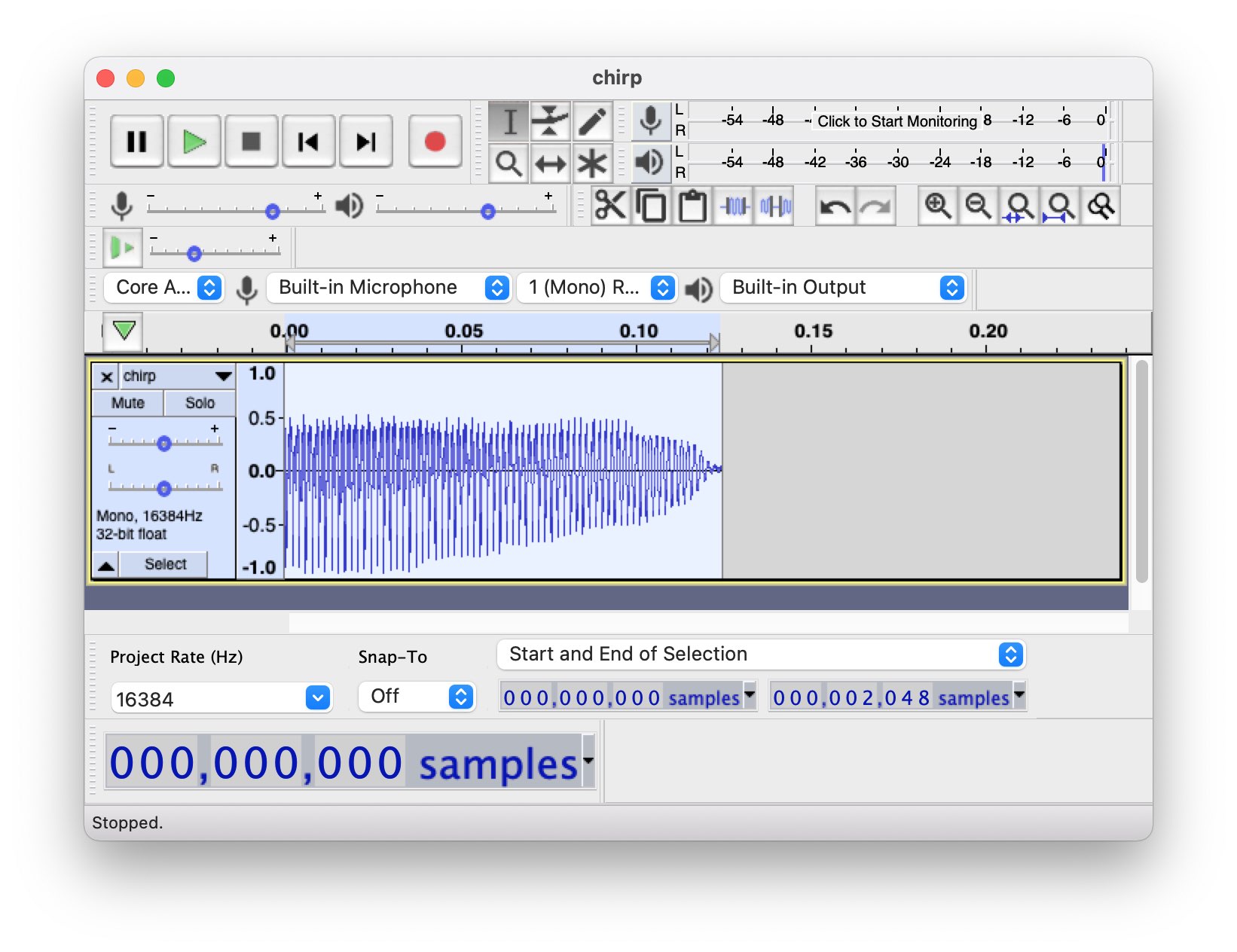 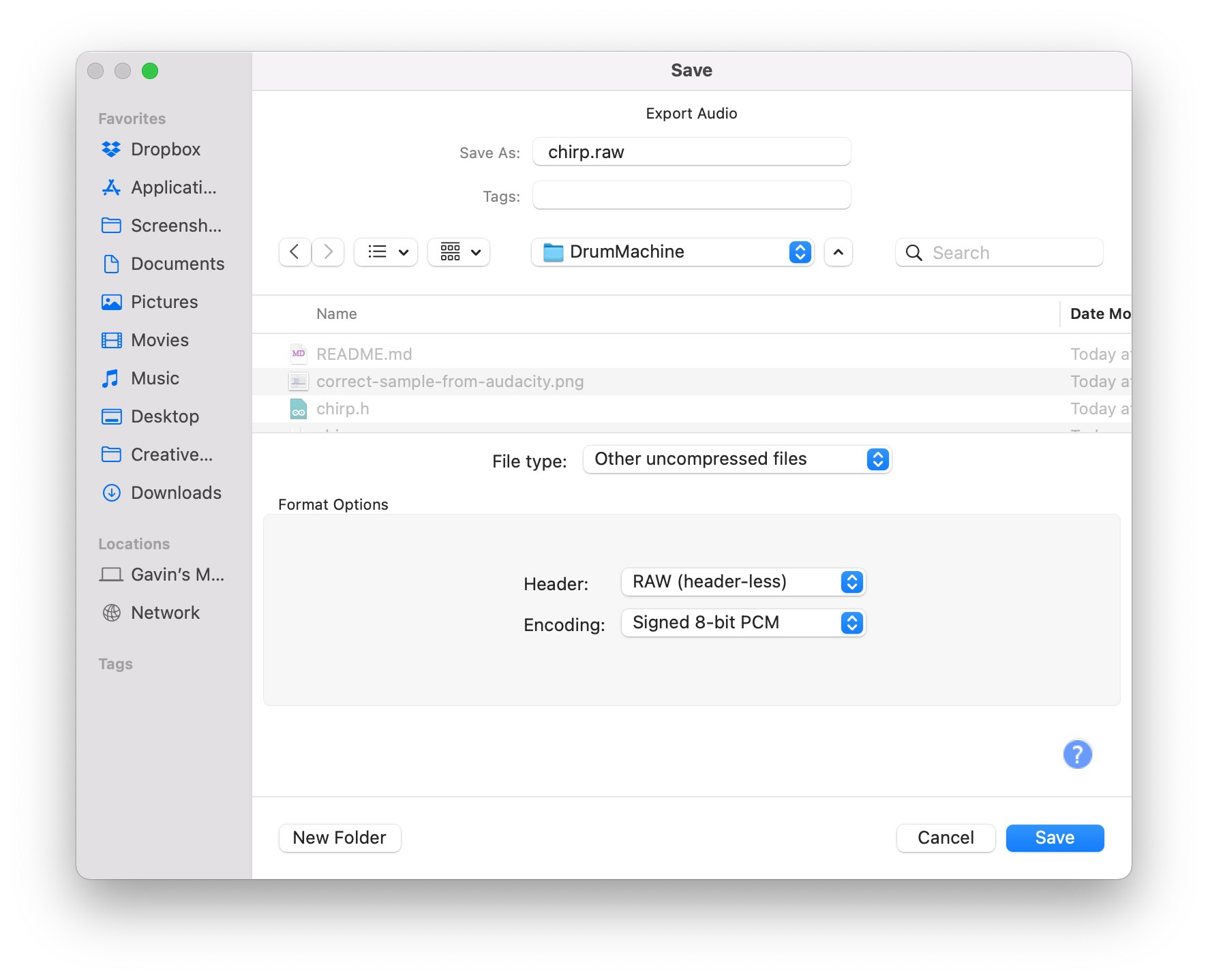 If you have a WAV, you can convert to RAW with ffmpeg, something like:

Now we can convert that to an 8 bit wavetable containing 2048 samples that the drum machine can use:

This machine is totally hackable! You could: