An alias I used whilst making music in my uni years. Some of these ‘songs’ fed into Vibration White Finger.

I’ll always remember playing it to my mates Byron, Rich and Ben in Torquay that summer - when the “album” ended, Napalm Death kicked in - I’d recorded it over Scum and Enslavement to Obliteration!

The sleeve for this tape: 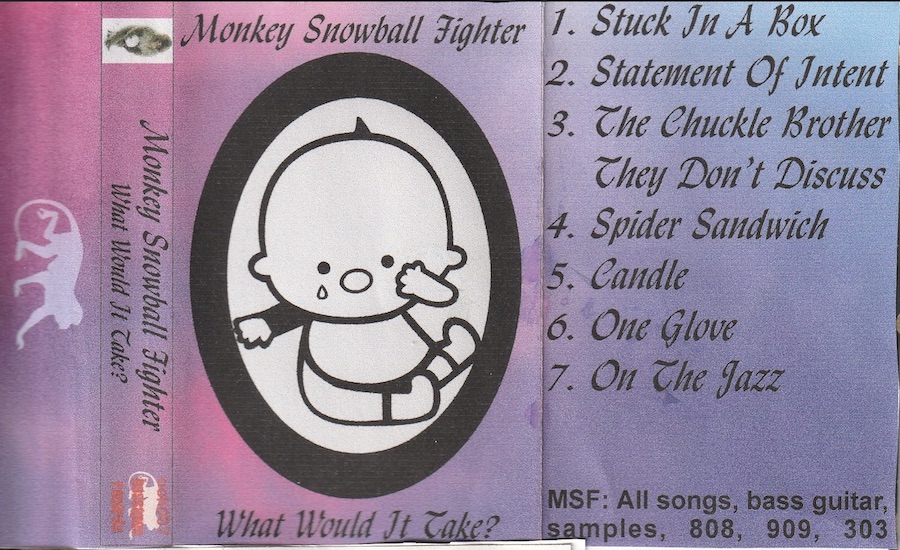 I’m not 100% sure what software I used for this. By 1999, software was available that allowed me to layer up samples on my computer. I used stuff off magazine CDs (Future Music and maybe Computer Music), I couldn’t afford to BUY anything!

I ended up with Making Waves, but I don’t think I had it when I made this cassette.

Well, this is mostly awful! It’s just noodling around on bass guitar.

There are a few fuzzy, distorted high spots when I cut loose and get aggressive but there’s so much rubbish on here!

Sleeve for this tape:

Starts of with some techno but then the rest of the tape is bass guitar noodling. Sounds like the tape was pretty warped too.

Monkey Snowball Fighter - b side of a primus album.mp3

I had a Primus album copied onto tape and on the B-side was this. Some awful emo rapping. A Corrosion of Conformity sample is the high point! Early mix of Statement of Intent at the end. The delay on the outro lead is better than the distorted version I used in later mixes.


Download Monkey Snowball Fighter - b side of a primus album.mp3