OK I ran over on this one, more like a 1 hour jam!

I got the snare fills by running the clock from the sequence 8 into an attenuator, and summing that with the other snare lines. Fading it up gave some semi-unpredictable snare rushes! I did something similar with the third bass drum beat that comes in and out.

I had no idea the Orpho1 kick drum responded to gates of different voltage, this really opens this module up!

This is the first jam I’ve recorded in stereo. Didn’t pan much but by mixing the drums on my cheapo Behringer Eurolive mixer instead of on the Eurorack gear I was able to EQ them a bit and improve their clarity. 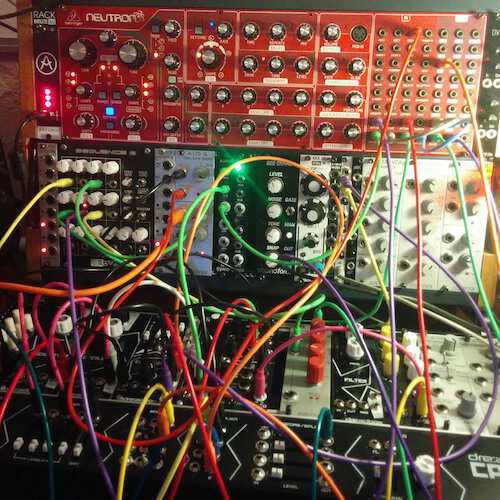 Older:
I Love How This Switch Feels