QBasic game set in a high school, with the goal of causing as much trouble as possible.

Pazzman was a character my friend Karl and I invented. We used to make “Pazzman magazines” where Pazzman did terrible things, and we’d laugh ourselves sick.

The preceeding game, Pub, used a fixed action list, but in Pazzman I implemented a basic verb-noun interface here, although still not a generic text parser. I always thought a generic text parser would be better, but it was beyond my programming skills at the time (and possibly now!). However, now I’m glad I didn’t (“you can’t get ye flask!”), Pazzman’s interface is actually quite good in my estimation, except needing to hit enter after every action - I think I used a generic prompt to gather input. That said, the game engine is buggy, and it “forgets” some stuff you do.

The “animation” is at a rate of 1 frame per second, something that would be addressed in the sequel Pazzman 2 and an incomplete follow-up, Pazzman 4… 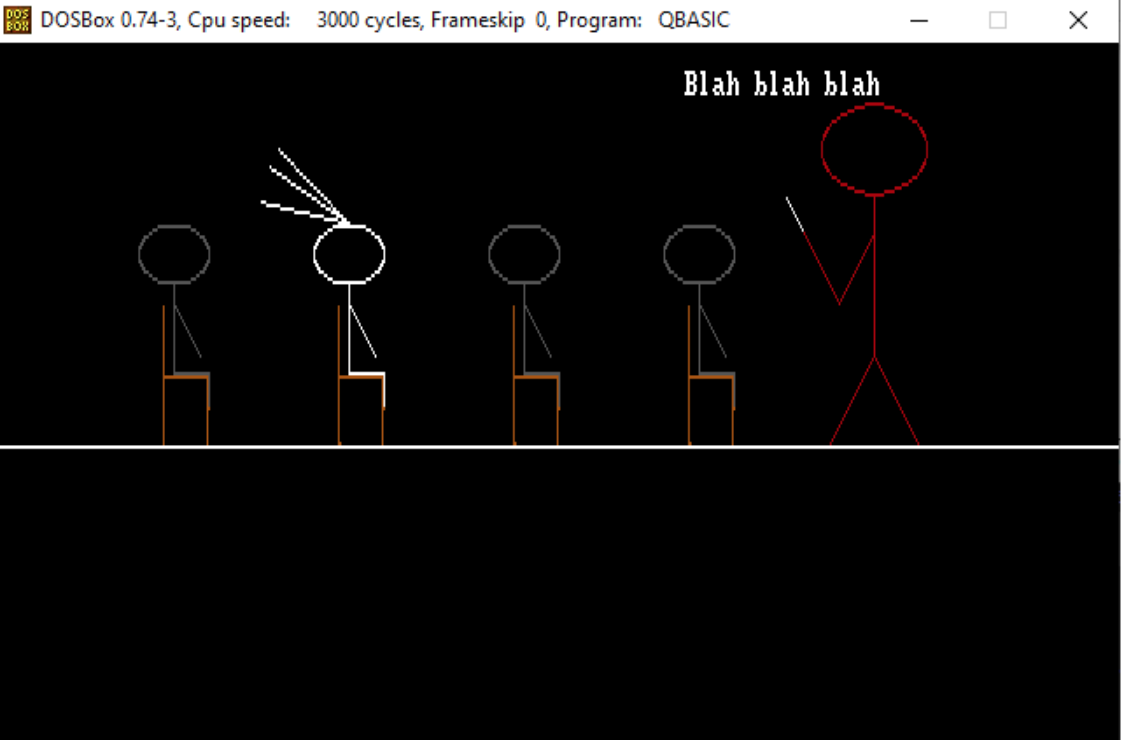 Pazzman gets bored in lessons, which triggers his… “quest” 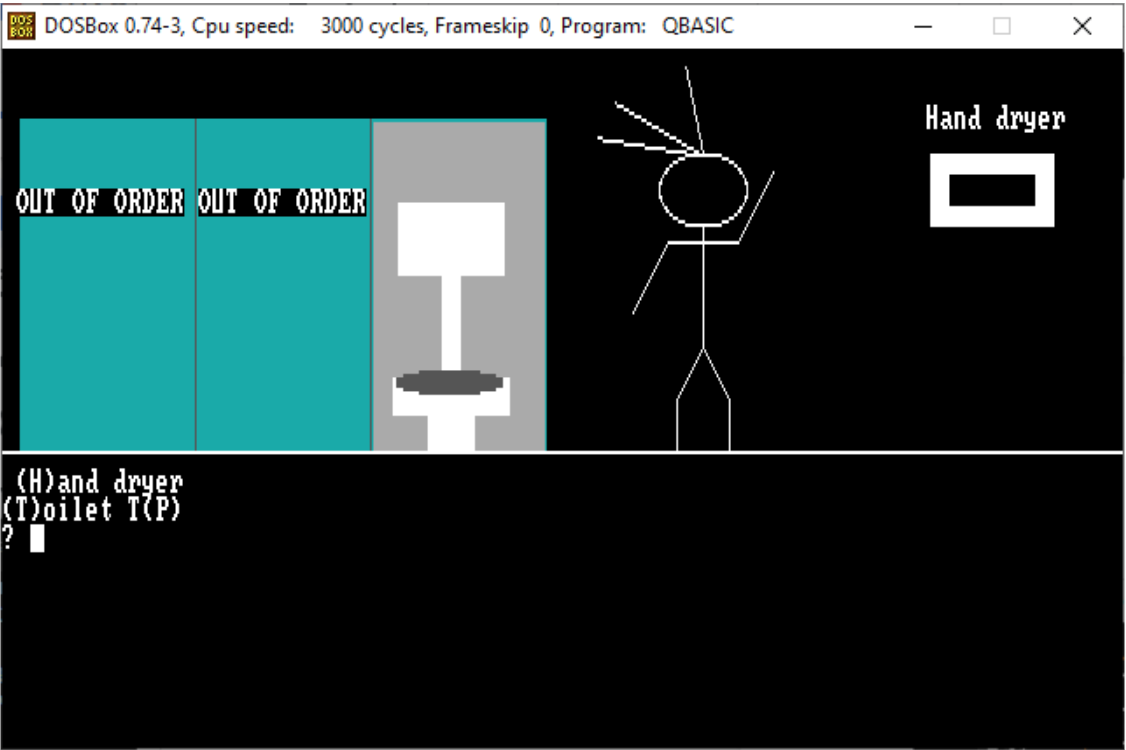 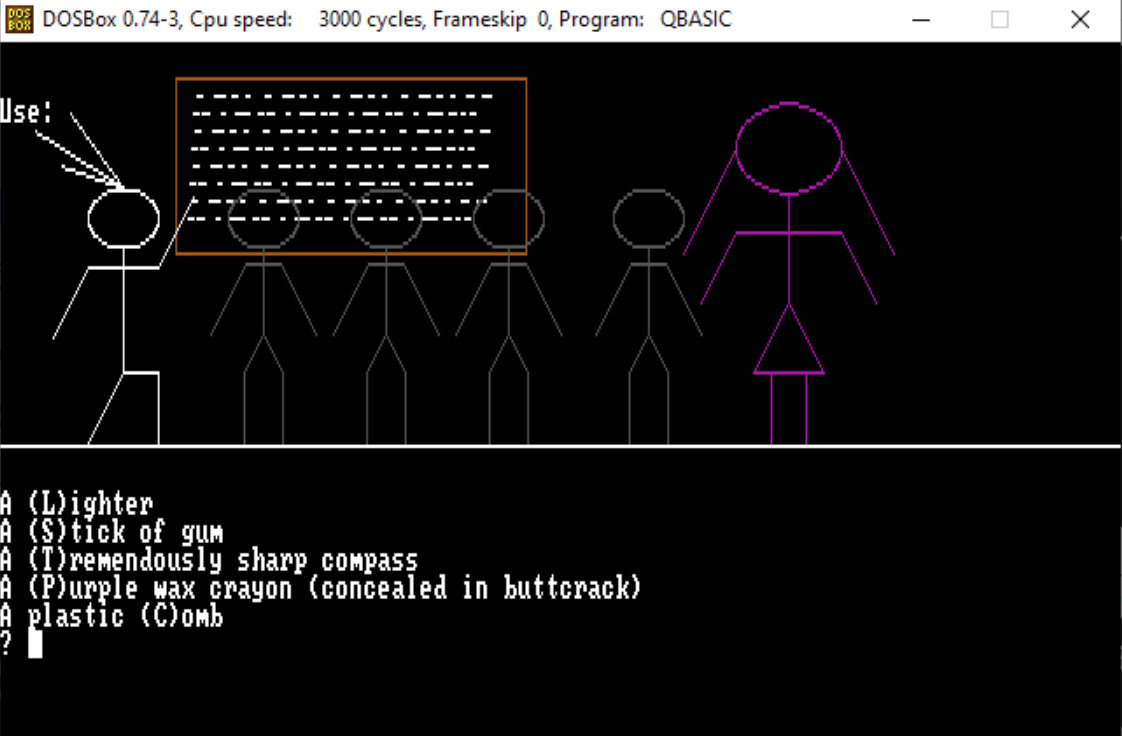 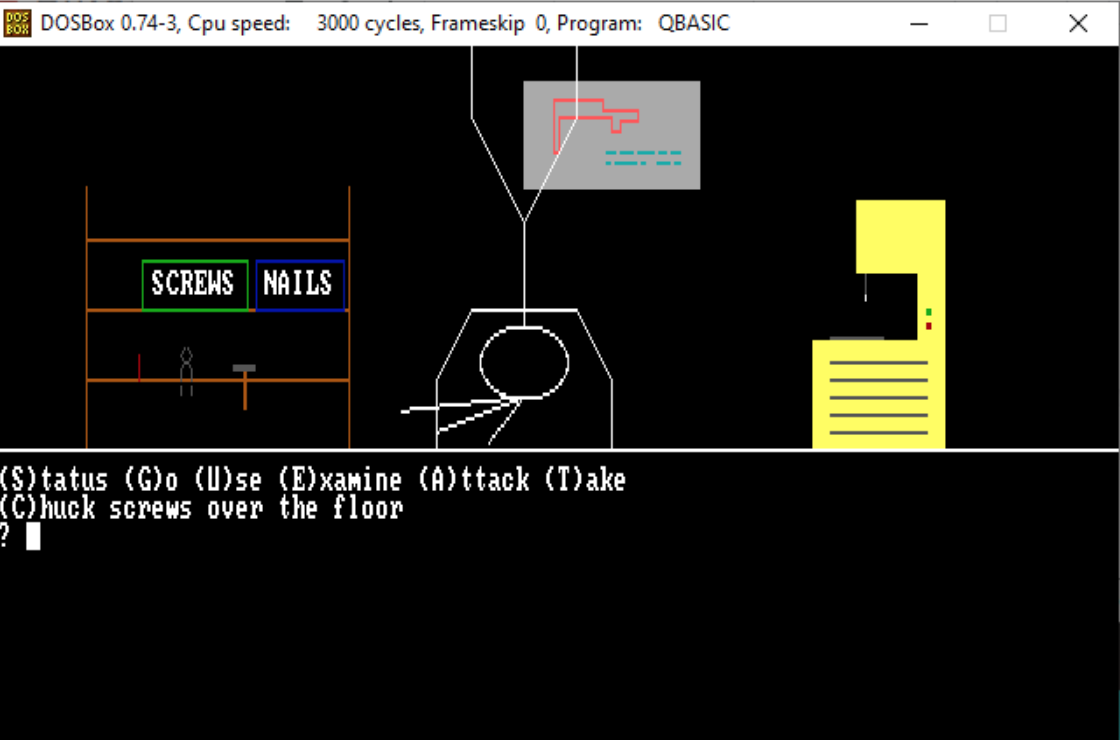 Handstands were a big feature of Pazzman comics