QBasic game where Pazzman is so awful he gets launched into space, and aliens have to deal with him.

Pazzman was a character my friend Karl and I invented at high school. We used to make “Pazzman magazines” where Pazzman did terrible things, and we’d laugh ourselves sick.

In 1998, I’d just started University, and I shared the Pazzman games with a few friends, and a couple of people really enjoyed it. I got started on a sequel!

I got super busy and I never finished Pazzman 4, and it was forgotten. But, this is going to sound weird, I always used to have dreams that I had an unfinished game, and when I found this, it was like a connection was restored in my brain. I don’t intend to finish it, but it’s nice to know that I did indeed have an unfinished adventure game I’d totally forgotten about!

The game is playable, and has some lengthy cutscenes. There are about 6 rooms. I’m not sure if it’s not completable, or if it’s just buggy, but I can’t beat it. Whilst clearly unfinished, the graphics were better than its predecessors, particularly in the cutscenes (although, some scenes in Pazzman 2 still look just as good to my eyes). The first Pazzman game has the weakest animation but is still the most coherent experience; Pazzman 2 was a bit “make it up as you go along” and Pazzman 4 was never finished…

What of Pazzman 3? Well, believe it or not, Pazz3D was a Wolfenstein 3d mod!

Pazzman 4 is definitely the best implementation of my QBasic adventure game engine, with a list of numbers to use items, but you still have to press “enter” after every command. A big part of me wants to remaster all of these games and do them “properly”! The code is far better quality - I had discovered that GOTO didn’t require line numbers but labels were available, which actually meant the subroutines had semantic meaning. Small steps! 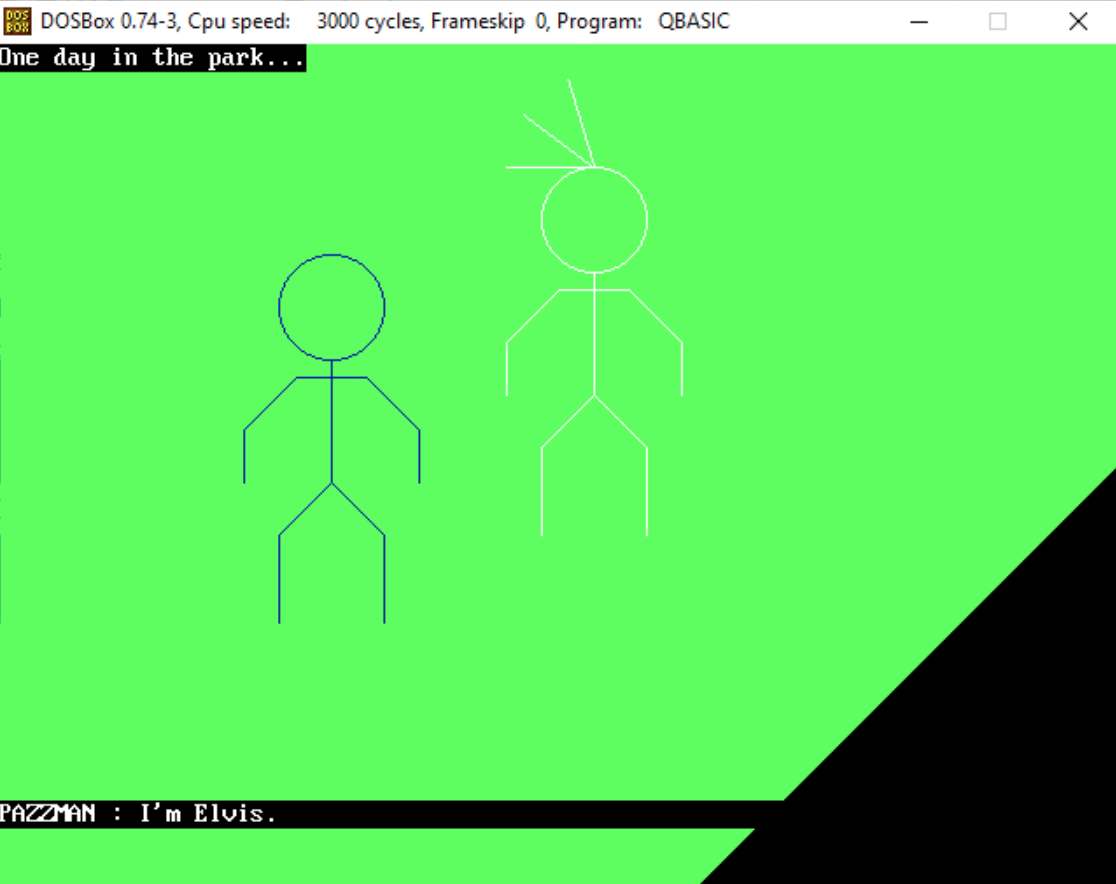 In the intro cutscene, Pazzman is arrested just because everyone is sick of his antics 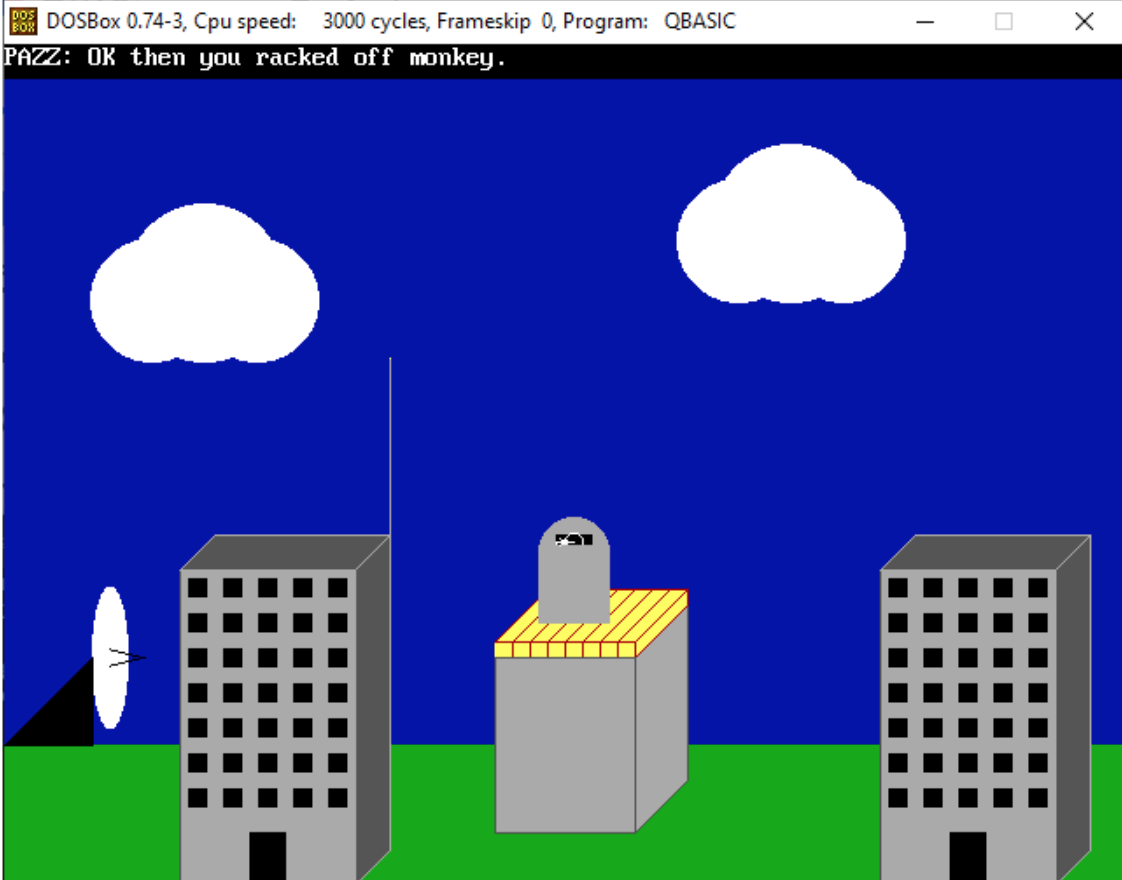 Even being blasted into space, Pazzman continues to be disagreeable 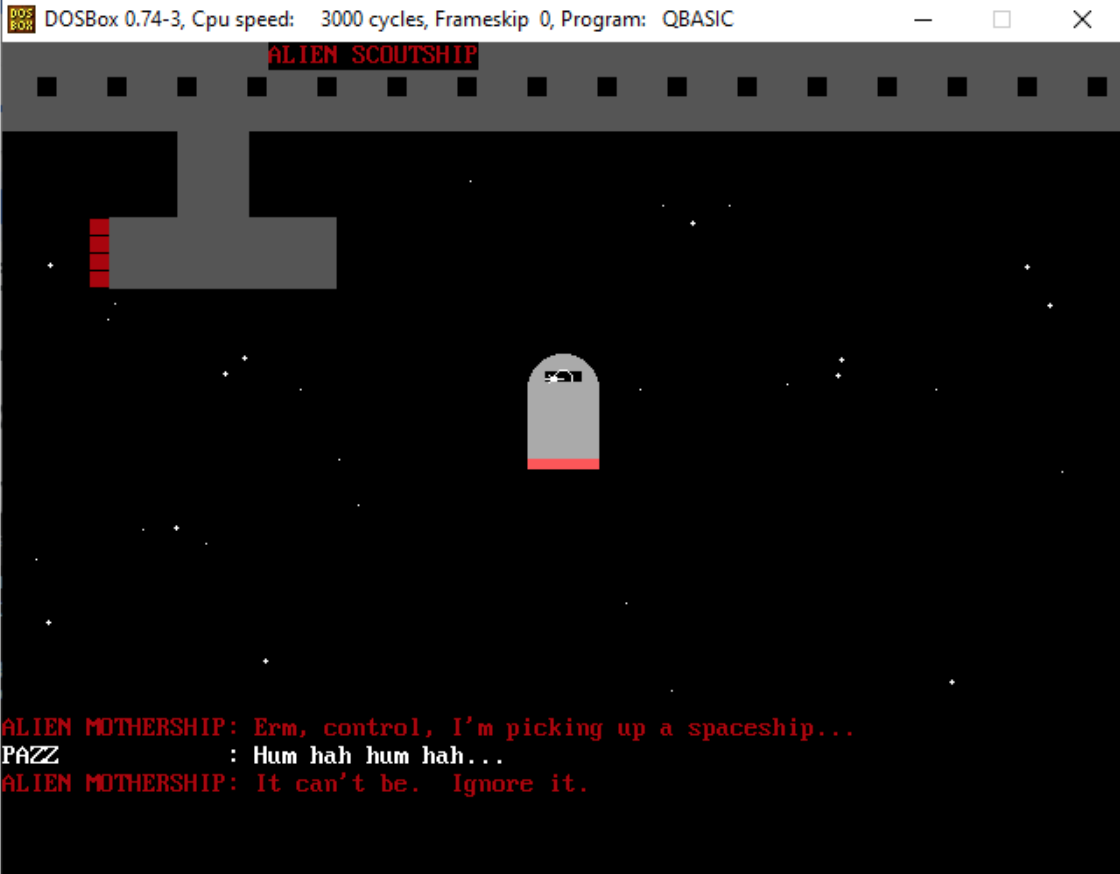 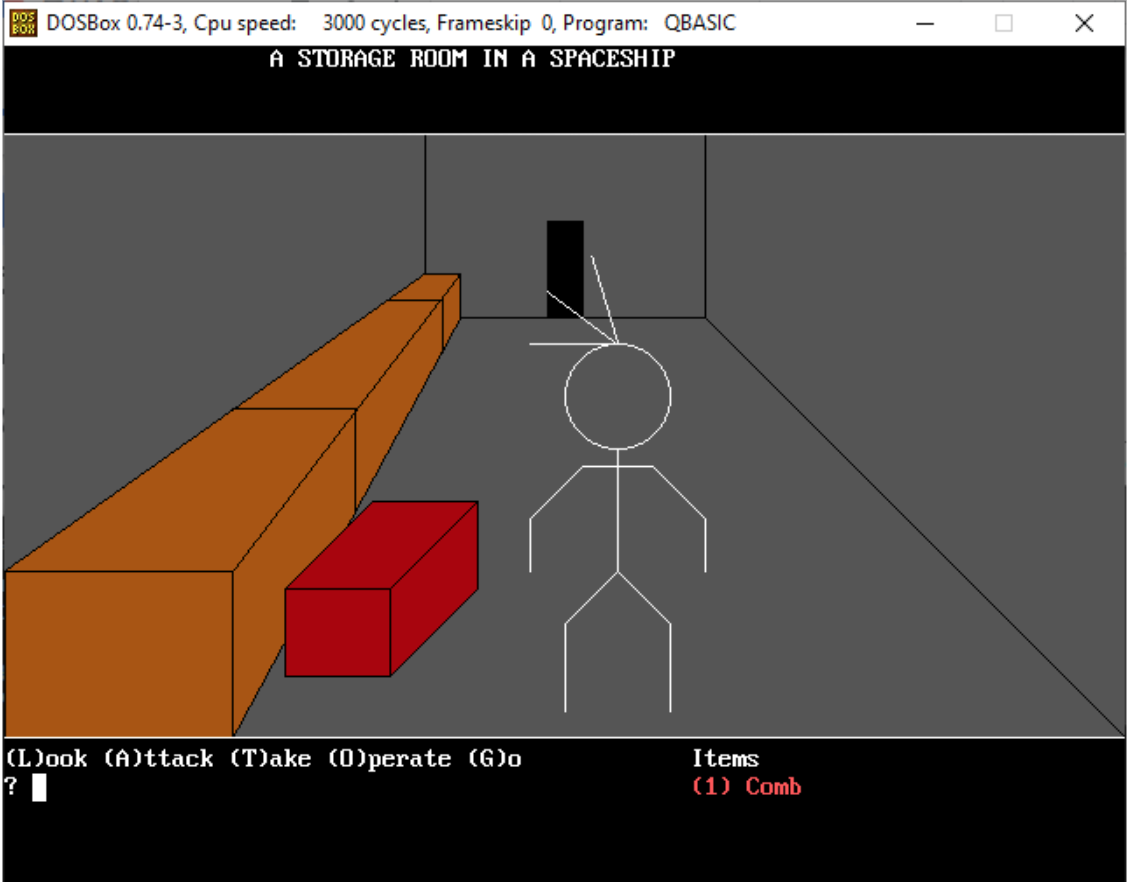 I’d “mastered” perspective. Or so I thought! 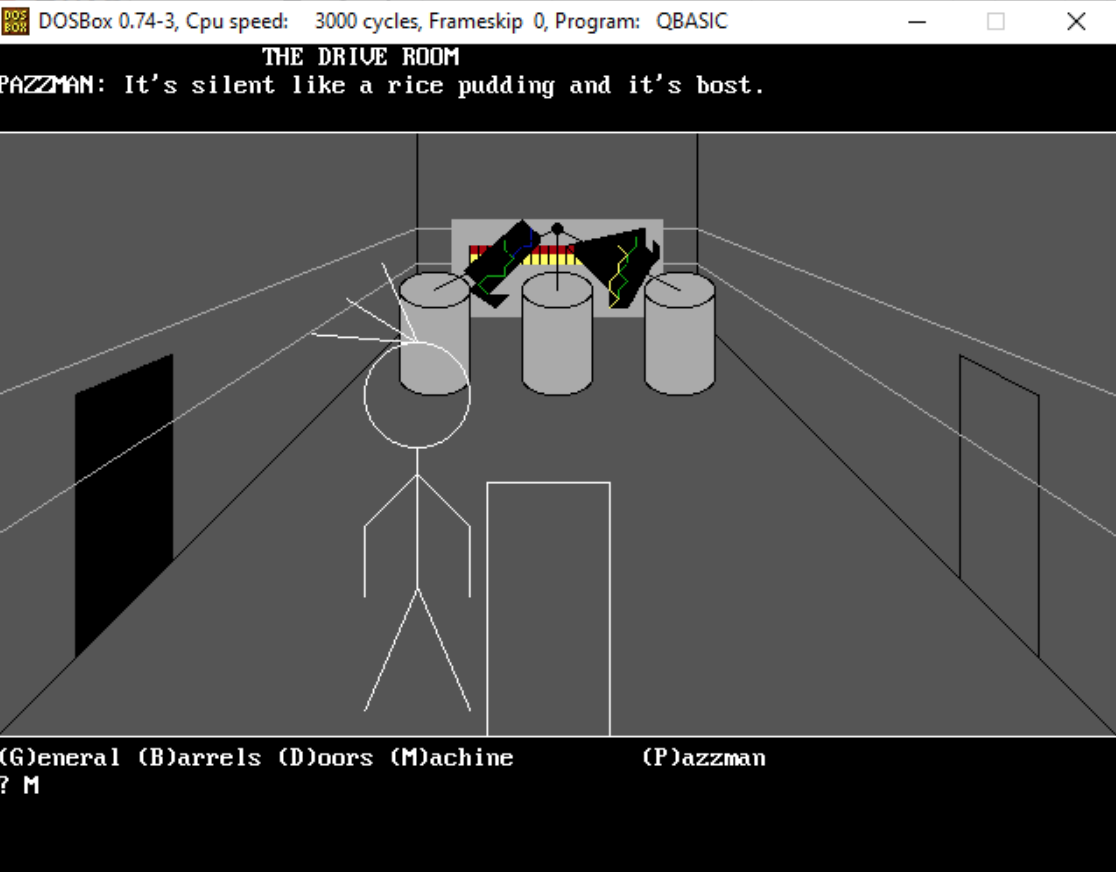