When VWF reformed with Matt on vocals, we scrabbled to write material - and fast!

A few of the ideas in these tracks can be traced back to Monkey Snowball Fighter material, and other ideas sprouted from VWF 1.0 songs (especially Song 1 - only that and the A-team jam carried over, I think). Steff contributed a whole track and the rest was a mix of jams and riffs and melodies that everybody contributed to.

I was having a great time playing in this band, every gig was a rush. It was sloppy and jammy but live, people smiled and danced, and what more can you ask? We were young, in our own little Aberystwyth bubble, and we loved it. 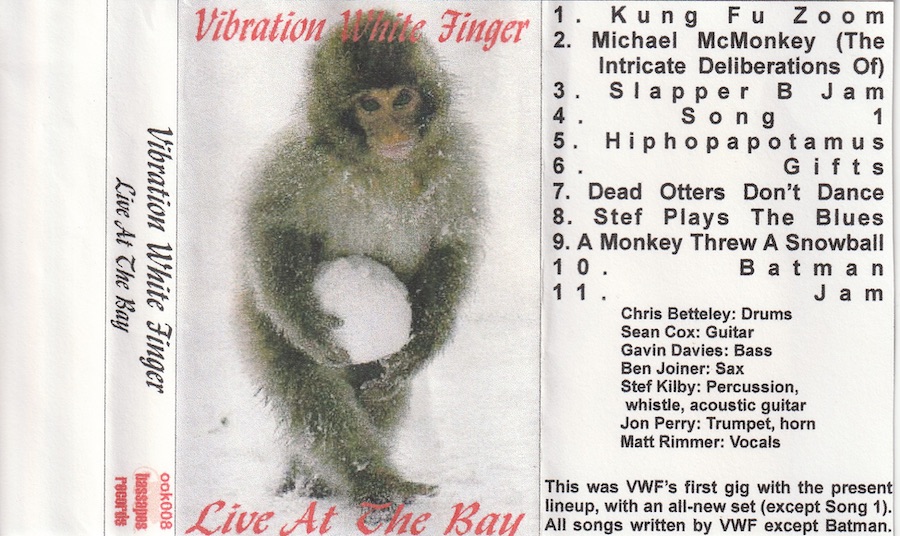 Older:
Gav Davies - Trained From Birth To Be An Evil Wine Waiter